Banks get their act together on credit card charges 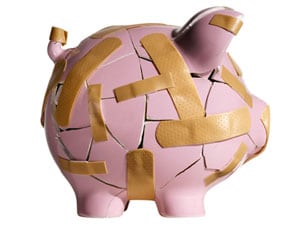 Hit by hidden credit card fees? It happens to the best of us, and it makes us all angry.

And you know how the story goes: You use your credit card innocently, but deep down in the terms and conditions that you might have skim-read several years previously, there’s a clause that allows the bank to help itself to your money if your monthly payment is late, or not enough, or any number of penalties they can enforce.

Of course, if you use your card to the letter of the terms, you’ll have nothing to worry about, but the Monetary Authority of Singapore (MAS) has noted the increasing number of “hidden fees” disputes and wants something done about them.

We think “hidden fees” are a misnomer. There aren’t any hidden fees – just penalties that are there in black and white on the credit agreement. Unfortunately, most people admit that this is a document that have never actually read, and get angry when they’re penalised for something.

So, instead of regulating, MAS has nudged the Association of Banks in Singapore (ABS) to get their members to put their ducks in a row on credit card charges. At the moment, you can hold five different credit cards, and each and every one of them has a different way of communicating their charges.

Now, ABS wants all credit cards to have the same means of laying out their charges in a clear and easy-to-understand manner, so that every customer knows their rights and responsibilities.

The solution is one that’s already being used by several banks already: An easy to follow table on the back of the paper credit card bill. The Straits Times says that United Overseas Bank (UOB) were the first to get their act together, with the first statements with this vital information going out to customers in May of this year.

“Before June, you had to go through two or three different agreements to see what the charges for each card were. Now you can refer to one sheet,” a UOB spokesman told Asiaone Business.

Consumer groups are pleased with the new approach. Seah Seng Choon, executive director of the Consumers Association of Singapore told AsiaOne that it’s good that terms are now written in clear English. “Financial terms should be written in layman’s language and not in financial jargon,” he said.
Here at Enjoy Compare, we applaud any initiative that makes credit cards easier to use. But as we always say: Pay off your balance every month, stick to the terms of use, and you will never have a problem.