The future of Credit Cards 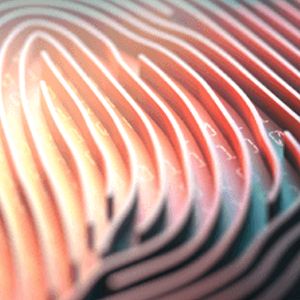 What will the Future Credit Cards Bring

As banks roll out mobile offerings, is the traditional credit card in your wallet likely to disappear?

That’s a scenario that we think is some time off, and we’re of the opinion that cards are here to stay for some time yet. And the simple reason is because customers are set in their ways. The technology may be there, but customers are still loathe to trust it., preferring to use plastic for its sheer convenience.

After all, they’ve been predicting the death of print for years, but books, magazines and newspapers are still consumed in their droves. Similarly, executives seem to think that nobody watches live TV any more now that you can watch online, or pick up a recording from your PVR, but this view from the money men isn’t reflected in real life. The plastic card is here to stay.

But what’s out there?

While contactless payment is now a reality, customers have been slow on the uptake. This is also true for credit card payment using mobile phone apps. Not only is the tech generally untrusted, many people don’t even have the tech to start with. You need a compatible mobile phone with an NFC chip, and then the willingness to use it. You also need willing retailers, and they’ve not been fast on the update either.

One credit card company in the US has developed a wrist band that doubles up as a contactless payment system via a reloadable prepaid chip. However, take-up’s not been great and it’s going to take a revolution to get people interested. The US market is still getting used to card with built-in EMV chips that are prevalent in Europe, and suitable point-of-sale terminals are still not widespread.

What’s happening is that banks come up with an idea that they think might change the way we pay for them, but they don’t tick all the boxes the way a credit card does. With low take-up, and other banks ploughing their own furrows, it’s a fight they’re always going to lose.

While the technology already exists to reduce our reliance on the plastic card, the sheer inertia of trying to wean the public off them is currently too great. Cards are here to stay, simply because we like them.

If you’re re looking for a credit card that you can use today, then check out the best credit cards in Singapore with our comparison tool. Otherwise keep dreaming of the future.