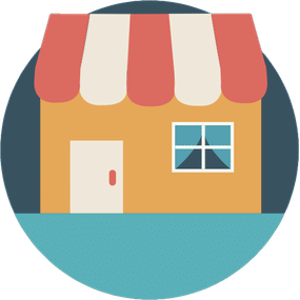 We’ve all heard about SIBOR and SOR-pegged loans, but have you heard of the fixed deposit home-rate loan? The new benchmark loan was introduced by DBS Bank last year, and going by the online reviews it does look popular, especially against an environment of rising SIBOR rates.

The FHR is basing a mortgage on a bank’s fixed deposit rates. It takes the simple average of the bank’s 12-month and 24-month fixed deposit (FD) rates and adds on a spread to make up the effective rate. Updated recently, the FD rates are at 0.4%, while the spread for the first three years of the loan is at 1.10%, making the effective rate at 1.5%.

How’s that compared to SIBOR AND SOR loans?

Before we compare the FHR with Sibor and SOR loans, let us recap what the latter two type of loans are:

Both SOR and SIBOR come in 1, 3, 6 and 12 month tenure, corresponding to the cost of borrowing for that duration. Banks typically charged a certain fixed spread above the prevailing SOR/SIBOR Rate, example SIBOR + 1%

Between the two benchmarks, the SOR is known to be more volatile as it is tied to exchange rates., but borrowers used to like it as they hope for a plunge in SOR rates, as happened in 2011.

Looking at the screenshot below, you will see the latest SIBOR and SOR rates on June 4th 2015:

Both rates have spiked this year after the US Federal Reserve announced that financial markets can expect a rate hike in the near future after years of near-zero interest rates. If we use the standard 3-month rates that are typically used for mortgage loans and add a 1% spread, you will see easily why the FHR wins out both of these.

How about fixed rate loans?

With rates set to rise further due the Federal Reserve looking to raise rates in the near future, fixed rate loans are currently popular as well as borrowers sought to lock in interest rates before they rise. Current fixed rate loans are averaging about 2.2 %, so if you compare that to DBS’s FHR, you’d know which to choose!

If you are interested in looking for a mortgage in Singapore, then compare the best home loans in Singapore at our comparison page – Make an informed comparison with EnjoyCompare!