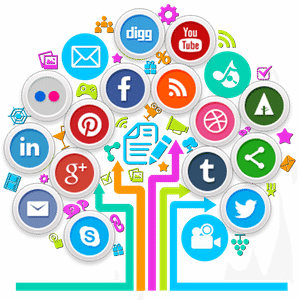 Do you know that Singaporeans are one of the most active social media consumers in the world? The little island-state has the world’s highest social penetration rate at 59 percent, doubling the global average, according to a report by social media agency We Are Social.

So what do you do with the two hours you spend on social media a day? Checking pictures of your friend’s food adventures? Dreaming about vacations or playing social media games? How about using that time to help you save money?

Look out for flash deals:

Some airlines run amazing social media campaigns, alerting their customers or fans to exclusive timed deals. By being a fan of your favourite brands on social media, you are rewarded by being the first to know about huge discounts and upcoming sales. Retailers as well as F&B outlets also jump on the buzz by giving out coupons that can be downloaded on your mobile to be presented at their shops for instant redemption. If you have the time, taking part in surveys or contests by your favourite brands can also win you goodies!

Social media networks started as a way for people to be connected online. These days, it offers a platform for people to reach out to others that you may not know…yet. It’s a great way to seek out people with similar interests or complimentary business endeavours, and you don’t even have to spend money on drinks! You never know if the person you talk to can be a future prospect or business partner.

Sell your stuff for free:

Have too many clothes that you no longer wear in your wardrobe? Thinking of selling them but don’t want to go through the hassle of setting up a flea market stall? You can sell your stuff conveniently online now! Some seller apps such as Carousell lets you advertise your pre-loved stuff on their app, and allows you to push your ‘advertisement’ on your social media channels as well. This is great in widening the reach of your advertisement, and people on your personal social network will obviously be more receptive to buying a used item from you since they already know you in real life.

Ever organised an event on Facebook? By organising a party on Facebook, you save money on physical invitations or the effort of sending individual SMS or emails, saving you time and money. You also receive your RSVP easily in an aggregated manner. Some couples even use this as a way for their wedding invitation in a bid to save cost and go green! Other than the direct cost, having people reply through your e-invite also allow you to better plan the amount of food and drinks needed without the risk of too much going to waste.

Many businesses know that it is of major importance to have a presence on social media, but might neglect the fact that advertising and spending their marketing budget via social media actually saves costs and amplifies their results in the long term. Compared to running an advertisement on the newspaper or even an online magazine, posting information on your product on your company’s social media page is free! Even if you use paid advertising, the cost of is still a small percentage compared to the cost of using tradtional media. The returns on investment have also been proven to be pretty impressive by advocates.

Learn without paying a single cent:

Interested to learn Microsoft Excel but have no time or find it too expensive to attend a course? One great thing about the internet and social media is that it has made sharing knowledge much easier. There are many passionate people who love to share their expertise for free. Just take a look at youtube – you find dance lessons, software tutorials as well as cooking tips without paying a single cent. If you use the 2 hours per day wisely and invest it into learning a new skill, you might find yourself on that Youtube channel next, and who knows that could be your next big break!